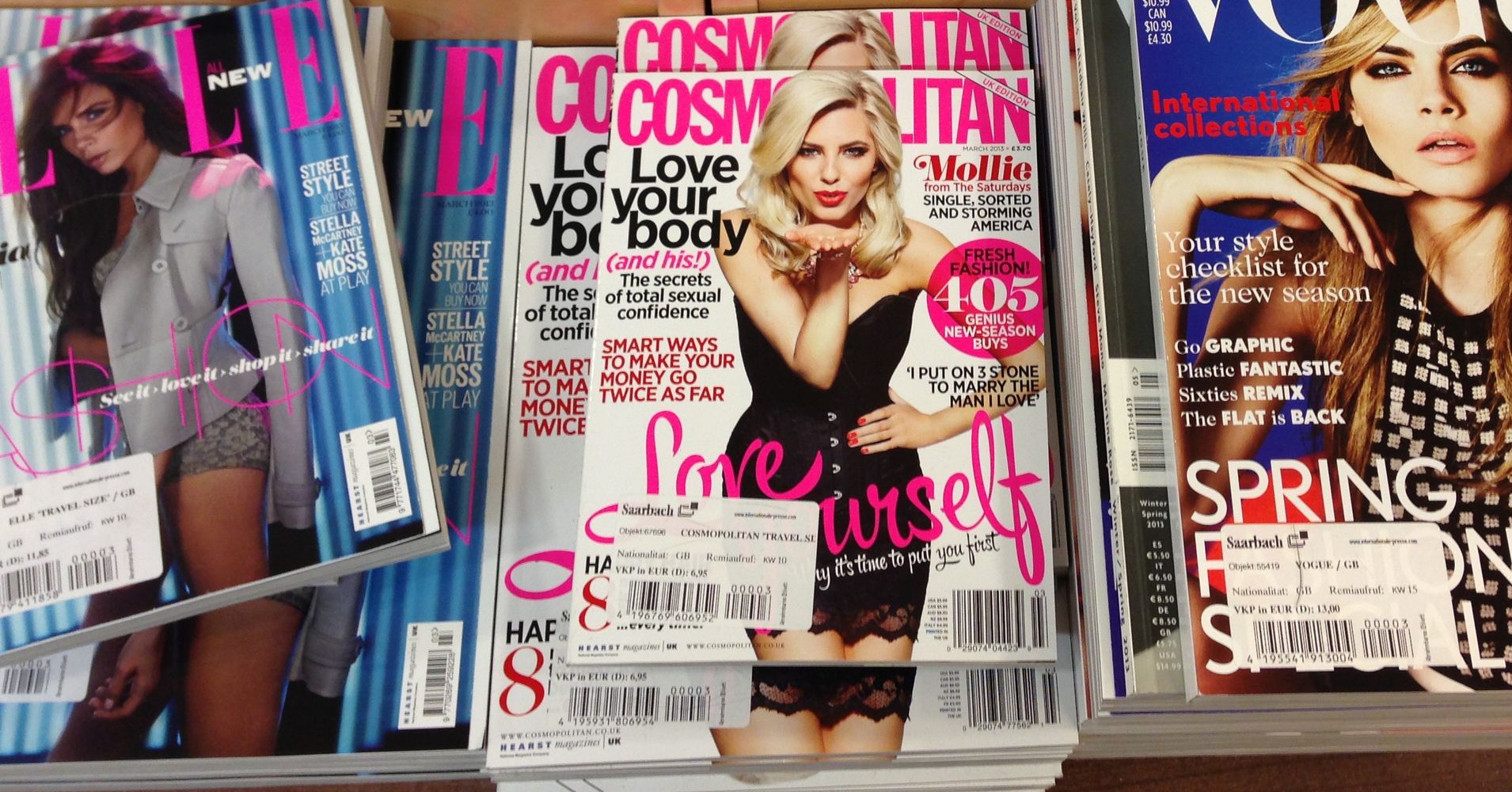 Customers at some 5,000 Walmart locations around the United States will no longer see Cosmopolitan magazine among the publications for purchase in the check-out line.

That’s because the retail giant decided to remove the magazine so customers would not be exposed to its “sexually exploitative” content, the National Center on Sexual Exploitation said in a press release on Tuesday.

“This is what real change looks like in our #MeToo culture, and NCOSE is proud to work with a major corporation like Walmart to combat sexually exploitative influences in our society,” said NCOSE executive director Dawn Hawkins.

The conservative organization, formerly known as Morality in Media, has been targeting Cosmopolitan magazine for some time ― long before the Me Too movement came about. NCOSE has even named its fight against the magazine “a longtime priority.”

“We are grateful for Walmart’s cooperation and for Walmart leadership’s recognition that corporations must do their part to change #MeToo culture,” Hawkins added.

In a statement to Newsweek, Walmart said the store would still carry Cosmopolitan, but just not locate issues in the checkout aisles. “While this was primarily a business decision, the concerns raised were heard,” the statement said.

Yet critics were quick to point out how removing the magazine in the name of the Me Too movement seemed misguided, counterproductive and opportunistic.

“The real world took another step toward its slow and sure conversion to The Handmaid’s Tale this week,” Vogue.com’s Michelle Ruiz wrote.

“I’m embarrassed for Hawkins because she just broadcasted to the entire country that she is a woman who has no idea what #MeToo means. ICYMI: #MeToo is about unwanted sex and sexual attention, sexual assault, and harassment. While Cosmopolitan is a magazine and a brand best known for its sex tips (including my personal favorite, a suggestion to ring a donut on a guy’s penis)—it is all about consensual adult sex.”

Pulling a magazine that empowers women to talk about sex in a healthy and positive way is counter-productive. Not only does Cosmo publish articles about sex & relationships, it also discusses politics, health, news and so much more. Don’t de-emphasize that important work, Walmart https://t.co/0iucxipd4U

The argument that hiding Cosmo from Walmart shoppers will foster a “culture that will respect women and ensure their dignity is understood” is absolutely infuriating. Sexuality ≠ exploitation https://t.co/3kUG9czzUL

Walmart using #MeToo as an excuse to stop selling Cosmopolitan in checkout lines is pretty ridiculous. Censoring frank information about sex feeds into rape culture by denying girls knowledge about their sexuality and choices they can make for themselves.https://t.co/gyPllZ7QFV pic.twitter.com/YiwQQF0Vd7

A reminder that Walmart is being sued (again) by female employees for gender discrimination— women are routinely paid less than men. But sure, Cosmo

Other retailers have moved to relocate or block Cosmo’s racy covers in the past, though they didn’t invoke the Me Too movement while doing so. In 2000, supermarket giant Kroger installed blinders on some of the magazine’s covers in 2,200 stores.

The magazine did not immediately return HuffPost’s request for comment, but did provide a statement to Buzzfeed about the publication’s success in serving female readers.

“Cosmopolitan is the most successful global media brand for young women, with award-winning content produced by leading female journalists. With our focus on empowerment, we are proud of all that the brand has achieved for women around the world in the areas of equality, health, relationships, career, politics and social issues.”

This lentil soup has a quick fix you ought to know